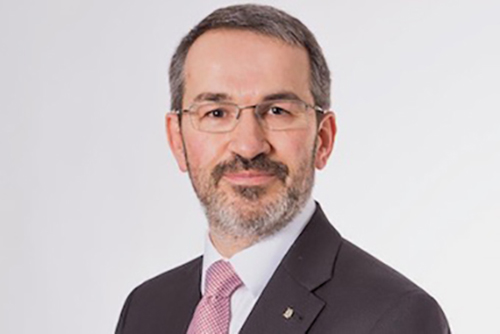 Simon is a Fellow of the Royal Aeronautical Society and Member of the Society of Experimental Test Pilots.He holds an Airline Transport Pilot’s License (Helicopters), a Class 1 Flight Test Rating, and is current on Airbus H145 and AgustaWestland AW139.

Simon earned his Fleet Air Arm wings in 1991, after which he flew the Westland Lynx from Royal Navy frigates, and later qualified as Helicopter Instructor. In 2002, he graduated as a Helicopter Experimental Test Pilot from EPNER, the French Test Pilot School joining the MOD Rotary Wing Test Squadron as a Test Pilot and Training Officer, and later was Rotary Wing Tutor at the Empire Test Pilots’ School. Simon completed his Naval service as lead military test pilot on the AW159 Wildcat combined test team based at the AgustaWestland facility in Yeovil. In 2010, he joined Bond Offshore Helicopters as Company Test Pilot and subsequently Head of Standards. He was recruited by Babcock Mission Critical Services as Safety Manager and Fleet Test Pilot in September 2015, becoming Chief Pilot (Rotary Wing) in 2018.

Passionate about improving aviation safety he graduated as a Master of Science in Air Safety Management with distinction from City, University Of London, in 2015. He sits on the Royal Aeronautical Society Rotorcraft Specialist Group and was a founding member of the HeliOffshore Safety Steering Group. He is experienced in identifying and delivering significant safety improvements, he can provide appropriate practical and theoretical training across a broad spectrum of safety and aviation related fields including Safety Leadership training and can support the exploitation of technology to improve technical safety and safety behaviors.